You can move or reschedule any name from any of your captain's lists. But there is a difference!

Written by Derek Carr
Updated over a week ago

You can now click the edit button and move any BPM guest to a different BPM, if you for example, put them into the wrong list. 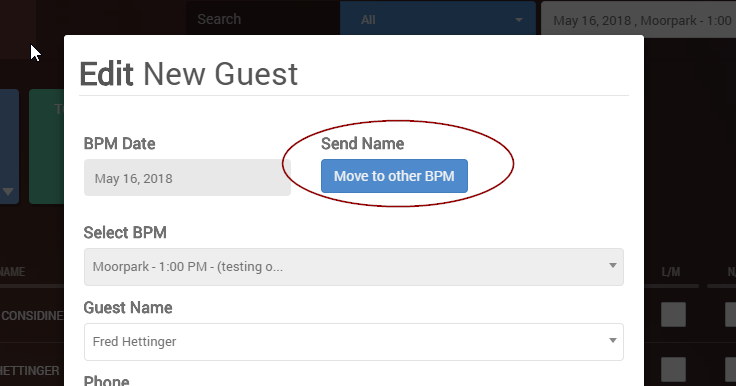 But this isn't to be confused with the "Reschedule" feature that can be found by clicking the arrow button on the far right of the name row. When you reschedule, BSCpro keeps a history of where they were originally invited and shows you that they were rescheduled to another BPM. This will allow you to have a full picture of a prospect's history.

Did this answer your question?